Is The Great Creator A Myth? 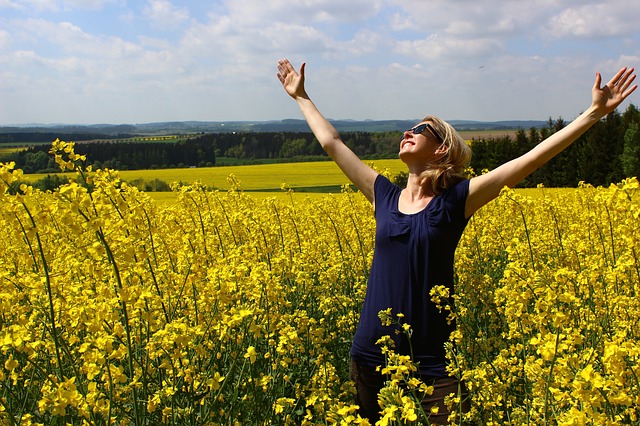 Do you wonder where your art comes from?

Do you have ideas which feel too hard to accomplish and yet you are drawn to having a go anyway?

Do you wish that you didn’t have these ideas running through your head?

Or perhaps you wish that you had more of them because you are scared that they will run out?

In this blog I will ponder whether there is a great creator, or God, or some other universal power that dishes out ideas to us.

What do other artists think?

Before giving you my thoughts I would like to share what my three favourite creative teachers think.

In The Right To Write Julia Cameron says that we don’t make a story up, we jot it down. I love this description because suggests there is a story already formed, but it needs you as the conduit to get onto the page and become manifest. It encourages you to get into the flow of your writing and just write what comes to you

In The Artist’s Way Cameron talks about there being a great creator:

“the Great Creator has gifted us with creativity. Our gift back is our use of it.”

Steven Pressfield constantly talks about the Muse and how she will only impart you with great inspiration if she sees that you are already working.

In his book The Artist’s Journey he describes a second realm, distinct from our day to day lives, but intrinsically part of us, where our greater universal self lies. He calls this realm the Unconscious, the Soul, the Self or the Superconscious

He says that it is to this second realm that we connect, reach into the unknown, pluck forth our creative ideas and then have to muster up the courage to deliver on them. The more resistance you experience, the more you must find a way to do it.

He also talks that over time you will find a theme that runs through your work which is intrinsically you. No one else could have produced the work in that way.

The Artist’s Journey is a fascinating book. You can read my summary of it here.

In her book on creativity, Big Magic¸ Gilbert talks about how she started work on a novel about a middle-aged lady from Minnesota who was in love with her boss and was sent to the Amazon to sort out some irregularities. At the time Gilbert wasn’t able to work consistently on the novel and parked the project for over a year. When she eventually got back to it she felt the soul had gone out of it and she decided to abandon the idea.

Around the same time she struck up a friendship with novelist Ann Patchett and they regularly wrote letters to each other. During the course of this correspondence Patchett casually mentioned that she also had started working on an Amazon jungle novel.

A few months later they met up and compared notes on their Amazon stories. Gilbert described her abandoned plot and Patchett said, “You’ve got to be fucking kidding me.” Her novel was about exactly the same thing, even down to the main character being a middle-aged lady from Minnesota.

Prior to this they had never talked about their respective plot details and there is no way that Patchett could have known the finer points of Gilbert’s project.

When they figured out the time that Gilbert decided to abandon her project and Patchett came up with hers it was around the time they first met.

Gilbert says of this:

“I saw this incident as a rare and glittering piece of evidence that all my most outlandish beliefs about creativity might actually be true – that ideas are alive, that ideas do seek the most available human collaborator, that ideas do have a conscious will, that ideas do move from soul to soul, that ideas will always try to seek the swiftest and most efficient conduit o the earth (just as lightning does).

Echoing Julia Cameron’s idea that the story already exists, it just needs a human to jot it down, in Big Magic Gilbert also talks about the poet, Ruth Stone:

“… she would be out working in the fields when she would sometimes hear a poem coming toward her – hear it rushing across the landscape at her, like a galloping horse. Whenever this happened, she knew exactly what she had to do next: She would ‘run like hell’ toward the house, trying to stay ahead of the poem, hoping to get to a piece of paper and a pencil fast enough to catch it.”

If Stone didn’t get there in time then she felt the poem move through her and off.

She also recounted times when she nearly missed the poem and would then reach out to it pulling it back to her word by word. In those times she would get the poem down on the page with the words in reverse order.

What do I think?

As a Buddhist I don’t believe in God so I can’t say that He is the great creator. But I do find evidence of some kind of creative energy that exists beyond my own imagination.

Many years ago when I was writing my first novel, Tales of the Countess, I marvelled at how the characters would develop their personalities on the page. At that time I used to write by hand and loved the process how one character would be wise, another cute and sweet, and another bitchy. Even though it was my hand pushing the pen along the page I hadn’t deliberately set out to create dialogue that would display these personality types. They just happened and it did feel like magic.

Over the last few months I have started making notes on and writing sequel to that novel. More than once I have found myself typing something at my computer and been surprised that it wasn’t the direction I had envisaged. When I trust and just keep following the story where ‘it’ wants to go, an amazing event or emotional recollection is revealed by my characters. Something in my heart just knows that this is ‘true’.

Where does this story come from? Is it from my Superconscious second realm described by Steven Pressfield? Is it a gift from Julia Cameron’s great creator? Or is it what Elizabeth Gilbert calls Big Magic?

I say yes to all of those because I think they are the same thing.

My version of it is probably closer to Pressfield’s Superconscious second realm. I believe that each human being does have a mission or a destiny, that we each have something unique that only we can bring to the party. For some of us that is a creative or artistic gift. Whether a story, a sculpture or a song, something wants to be born through us. We are the perfect person to take on that endeavour.

If we can find a way to overcome the obstacles that try to prevent us then we will create great value with our lives and potentially affect the lives of others.

So is the great creator a myth?

I looked up the meaning of myth in my trusty Chambers dictionary and found the following definition:

Myth – an ancient traditional story of gods and heroes offering an explanation of some fact or phenomenon; a commonly-held belief that is untrue or without foundation.

I think the concept of a great creator is a myth, but in the positive sense of the word myth. It offers an explanation of a phenomenon which many creative people have experienced but for which no concrete proof exists.

Wherever you think your art comes from, trust this source. Lean on it when you are stuck.

Trust that it will give you good ideas.

Trust that it will provide you with solutions to your creative problems.

Trust that you are not going crazy when you feel inexplicably called to undertake a creative project.

And then get on and do the work.