David Bowie was a failure 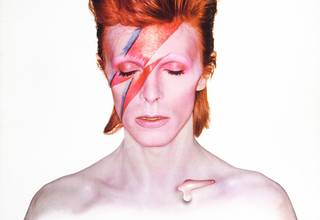 Especially in his early days.

Did you know the following about David Bowie?

It usually follows a lot of failure, experimentation, persistence and most of all, grit.

David Bowie was an experimenter and was influenced by everything from Broadway songs to Led Zeppelin. By his own admission it took him years to find his own voice and sound. In the 1960s he also studied and performed mime and dance, often to empty venues. At one point he had a job cleaning kitchens as he needed work that was flexible to allow him to go to auditions if one came up.

What can we learn from this?

Failure is inevitable. We have to work hard at our art. We have to keep developing our unique voice and we do this by continually producing work even when our work isn’t received in the way we would like.

Imagine if David Bowie had given up after his first record had flopped or if, when he received that feedback from the BBC, he decided he had no future in music.

He had belief in himself and kept going. He had belief that he could be a world class act even when events didn’t suggest that.

As artists we must learn from our failures and keep producing.