How a donkey taught me a profound life lesson 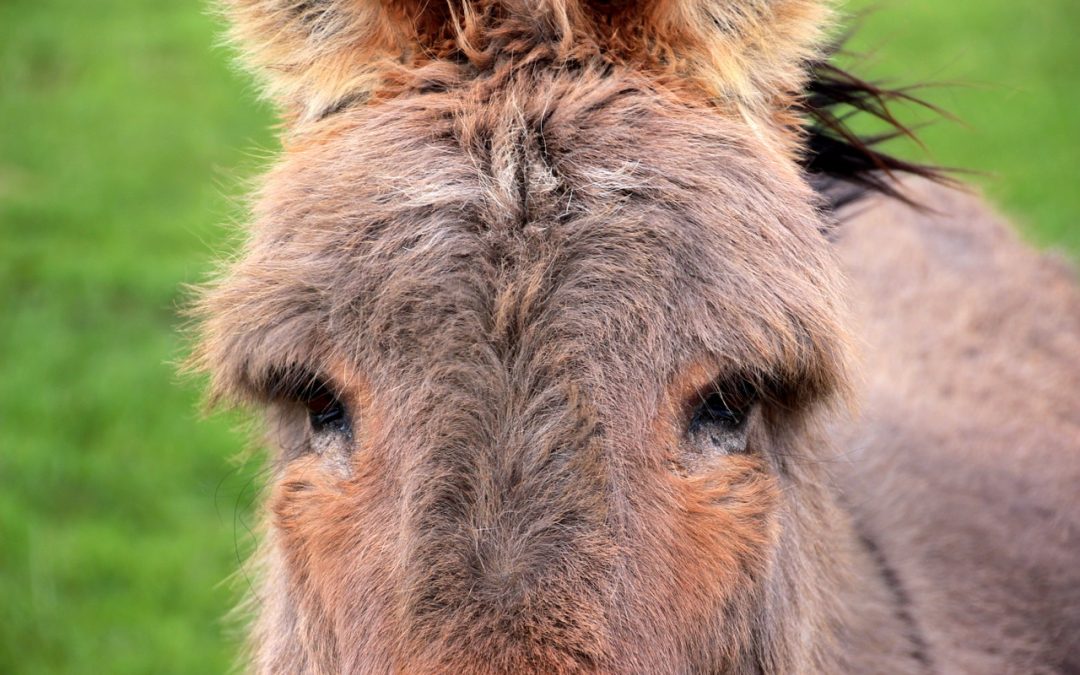 Today, in a departure from my usual blog format, I’m going to tell you a story of how a donkey taught me a profound life lesson.

There were two donkeys in the stable, Grandpa donkey and his grandson. The grandson, a keen little fellow, looked up at Grandpa and said, “Grandpa, how do I get to be a big strong donkey like you?”

Grandpa replied, “Son, you’ve got to shake it off and step up.”

The little donkey tipped his head on one side and tried to figure out what Grandpa had just said. Seeing the cogs whirring away in his grandson’s head he said, “OK, I’m going to tell you story:

Long ago when I was a young donkey, not much older than you I was out in the field one day when I fell down an old dry well shaft. It was deep and dark and no one knew I was down there. I scrabbled a bit trying to get out, but it was no use. I didn’t have a chance.

The only thing I could do was bray really loudly and hope someone would notice that I was down there. I brayed all day, as loud as I could. Eventually, just as it was getting dark, a man came along. I saw him look down the well and I thought, fantastic, he can rescue me.

The man went away but the next morning he came back and I could hear that he had other men with him. I was so excited. At last I was going to be rescued. But do you know what those men did?

The little donkey, wide eyed with fascination shook his head.

They started filling in that hole. One of them said, “That’s an old well and an old donkey and none of them are worth anything.” They started shovelling earth down the hole. Lumps of clay started landing on me.

Initially I was in despair but then I had an idea. I shook the earth off my back and I stepped up on it. Down came the earth, one shovelful at a time. And each time I shook it off and stepped up.

As the day went by the well shaft became less deep. I just kept shaking it off and stepping up. Eventually, even though I was exhausted from all the effort, I was able to walk right out of that hole.

The little donkey brayed with delight as Grandpa finished the story.

So that’s how you get to be a big strong donkey like Grandpa here. No matter what life throws you, you gotta shake it off and step up.

My thanks to Father Brian D’Arcy who told this story on the Pause For Thought section of the BBC Radio 2 Chris Evans Breakfast Show.

If you loved this story, please share it. If you want to be the first to know that a new blog has been published, then sign up in the box below. Hee-haw!