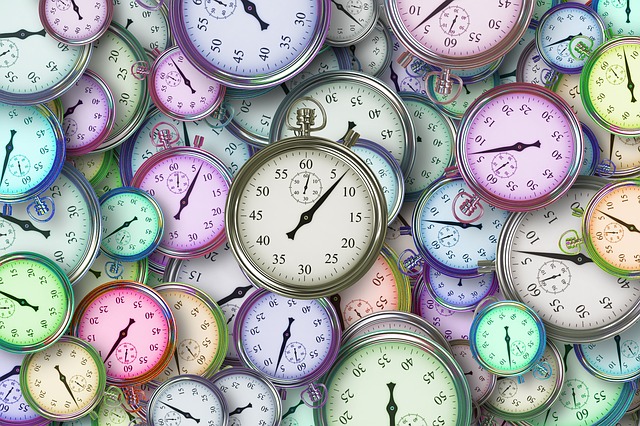 You have a job, a commute, family – how are you supposed to find time to establish a creative routine?

You are envious of the people who don’t have to do a day job as well as do their art. It’s alright for them to preach that you have to be consistent.  They don’t have your life. Don’t they realise what a struggle it is?

One of my favourite writers on Medium is Shaunta Grimes. She is a full time writer now but told me that when she had a day job she trained herself to get up at 5am in order to have time to write. Joanna Penn of The Creative Penn website also used to use early mornings and evenings to develop her writing and her business prior to leaving her day job.

Everybody has some kind of obstacle to getting on with their work. However, the people whose work you are familiar with and admire managed to keep creating in spite of those obstacles.

I would love a life where I had fewer commitments outside of my writing. How wonderful it would be just to have time to write without being forced to squeeze it in the nooks and crannies of my time. But better to do that than do nothing. Below you will find some ideas to help you do the same.

It is better to aim to do a small amount of work on a regular basis and hit this target than be to ambitious and fail after a couple of days.

When I was a life coach I often had clients who told me that they wanted to go to the gym four or five times a week. However, they had never managed to do this as they worked too much. Even though four times was a great ideal I suggested to them that it would be better to set the bar lower at once or twice a week and achieve this. When they took this approach it worked.

Small is good at beating fear

Your own fear, however it manifests, is one of the biggest obstacles you will face as a creative person. Aiming to do a small amount of work helps you to defeat fear. It can be a daunting prospect to demand that you write a 2000 words a day. But if you just aim to write for ten minutes then this is much easier. Usually, once you get into that initial momentum you will probably keep going for longer but even if you just manage ten minutes, then today you have made progress.

It doesn’t have to be daily routine

Even though it is wonderful to create on a daily basis it doesn’t have to be that way. Perhaps it is more realistic for you to set aside Tuesday evenings and Saturday mornings.

If you worked consistently with this pattern for a year, imagine how much progress you would make.

Throw down what you have

Yes, it would be lovely to produce something perfect on a first draft but it rarely works like that. Seeking perfection can stop you from achieving anything. Throw down the ideas that you have and refine them later.

You can’t sort out what isn’t on paper, in your sketch book or recorded. It’s no good if it stays in your head.

Allow yourself to be crap

Sometimes great work comes from a really crap beginning. If you are busy then you don’t have time to seek perfection. Being willing to produce bad work lets you create in a more flowing, quicker way.

My writing routine is to write in the mornings immediately after I get up, unless it is a day when I commute to London and then I get my laptop out on the train and start tapping away. Sometimes I only have fifteen or twenty minutes.

I can’t always produce something of quality in that time but I can get down some rough ideas, fragments and occasionally some well-formed paragraphs. Then, in subsequent writing sessions I shape them into something that is more coherent.

When I am daunted by how to make the pile of crap in front of me into something decent I tell myself “just take half an hour Cali and see what you can do.” Eventually you get to read a blog post that isn’t too bad!

Learn to say No

You can’t do everything, even the activities you want to do before you consider what you have to do or feel duty bound to do. If you are going to have a regular creative routine then something is going to have to give.

You might have to say No to some volunteer activities.

You might have to scale down the amount of time you spend helping your church or religious group.

You might have to spend a little less time on family stuff – this is something you will have to negotiate with them.

You might have to spend less time at work and accept what this means to your career and financial prospects.

You might have to take some tough decisions about where you spend your time.

These blogs will help you with those decisions:

Don’t have enough time to create? Learn to say No

Yes, you will piss people off if you are committed to your creativity

Sometimes you have to buy time. When I first started combining a day job with a side business, time was at a huge premium for me. I decided to buy a dishwasher and hire a cleaner. I calculated that this saved me four hours a week of domestic drudgery. I was able to use these hours on my business and give myself some much needed downtime.

But money is tight, I hear you saying. If that’s the case then remember that not being creative makes you unhappy. Being unhappy can be expensive whether it is retail therapy, drinking too much or needing regular acupuncture appointments because you always feel so out of whack.

It’s hard being creative. If you want an easy life then don’t choose a creative one. Unless you have a trust fund, a well-paid spouse or have been successful at financial planning, you probably can’t spend as much time on your creative work as you would like.

But it is worth engaging in the struggle. The ability to be able to speak your truth, however imperfectly, is always worth it.

Persist. Use the time you can find. Do it anyway.