Can Walt Disney Teach You To Be A Better Creative? 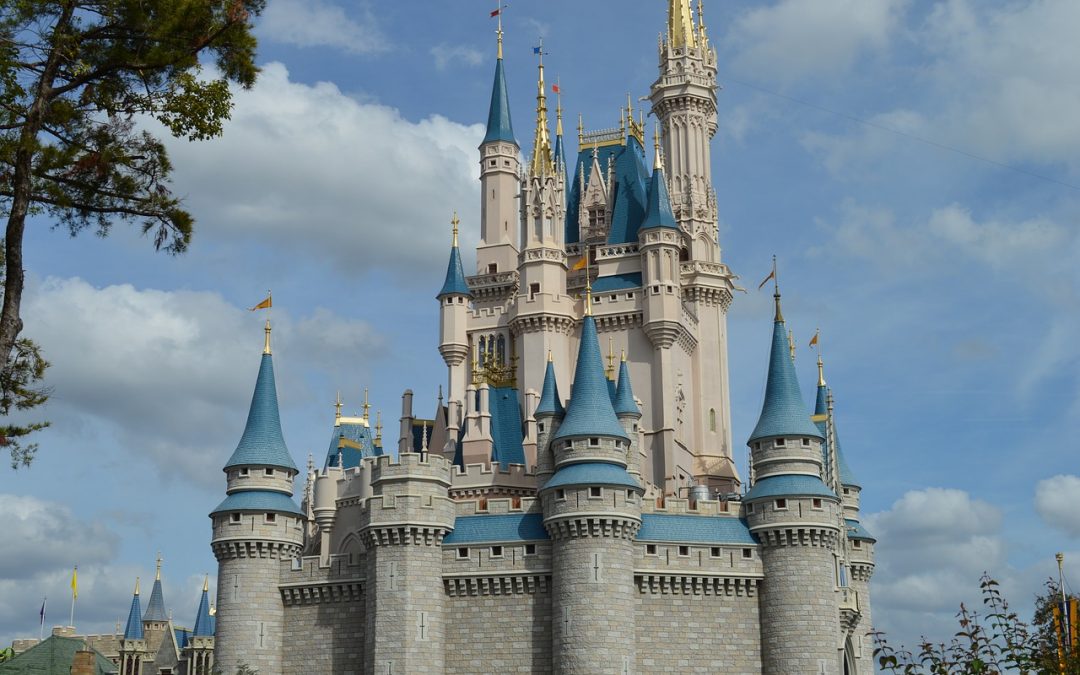 Recently I watched a two-part documentary on the life of Walt Disney. Even though I have seen so many of his films and have fond childhood memories of them, I didn’t know much about him as a person.

I was struck by the ups and downs of his life and how he went about bringing his creative vision to fruition. The following four aspects stood out for me.

Disney was obsessive about his craft

Walt Disney had always loved drawing. He had cartoons published in his school newspaper, he took night classes in fine art and after returning from World War One to Kansas City he had a job as a commercial artist. He was fascinated by the new entertainment of movies and spent all of this free time at the cinema.

He taught himself to animate from a book borrowed from the library, bought a camera and started experimenting with animation at home. He studied the work of other animators and soon developed his own method. After one of his early businesses failed in 1923 he moved to Hollywood and immersed himself in the film industry.

Many years later, when creating Snow White, his obsession and drive for perfection continued to be evident. He had his animators study movement and anatomy. They also took acting classes so that they could understand how facial movements convey emotion. He paid actresses to come in, wear some of the Snow White costumes and move around so they could study exactly how to capture the movement of fabric in the drawings. Animals were also brought into the studio so that their movement could be observed.

He wanted to make sure that he had all bases covered so that the movie could be the best it could possibly be.

Walt Disney continually embraced new technology and achieved many firsts with his work. The iconic Steamboat Willie in 1928, which was Mickey Mouse’s first outing, was the first ever cartoon to be produced with sound.

Snow White and the Seven Dwarfs also broke boundaries. Up to this point cartoons had always been short films and they were about making the audience laugh. Disney wanted to prove that animation could be as serious a genre as any other film and was worthy of a full length feature. He was curious to know if animation could provoke other emotions as well as laughter.

The film took three years to create, was three times over budget and when news of the project leaked out to the industry it was dubbed “Disney’s Folly”. People predicted that it would bankrupt the company.

It eventually premiered in December 1937. Throughout the screening Walt was very nervous as to whether the audience’s response would affirm his original vision for the project. In the scene where Snow White dies, when he heard the sound of people snivelling in an otherwise silent audience, he knew he had been successful.

Trust your own gut. Do the work. Don’t worry if someone says it can’t be done – do it anyway.

With Disney’s impressive list of achievements and wonderful body of work it would easy to think “It’s OK for him, he’s a genius. I’m just a mere mortal and I’m not sure I can do this.”

However, Walt Disney had his creative doubts and hang-ups, and he didn’t always get things right. After the Second World War he lost his creative mojo for a while, fearful that nothing he produced would ever be as successful as Snow White. During this time Cinderella was being made but he was less involved with the project. Even though the film was a big success, premiering in 1950, he was always very critical of it.

His obsession with his work had a downside in that he would sometimes burn out. In 1931 he had a nervous breakdown having worked compulsively without a break for over ten years. In the early 1950s, when going through that period of creative doubt he sought refuge a new hobby of building model trains, often spending several hours a day in the workshop.

His leadership style was both positive and negative. He worked his animators extremely hard but for projects like Snow White they bought into his vision and were willing to work increasingly long days to make the film happen. The intricate, incessant, detailed work caused deteriorating vision for some of his artists.

At the same time he had a high handed and insensitive manner when dealing with staff. As the company grew the organisation became increasingly hierarchical. He gave a speech to employees intending to soothe relations but it inflamed them further. His lead animation team eventually left him for other studios and in 1941 a quarter of his staff went on strike.

No one is perfect. Everybody, including great masters, make mistakes. Every creative person, no matter how successful, has doubts. In spite of this, keep creating.

Disney was a master of branding. In the 1920s he set up a company with his brother Roy, who took care of the business side. The business was known as Disney Brothers Cartoon Studio. In 1926, as Walt gained reputation as a visionary cartoonist, he realised that his own name carried more weight and changed the business name to Walt Disney Studios.

In the 1950s when the Disneyland park was being built, Walt signed a deal with ABC to make television programmes. The programmes followed the different themes from the main sections of the park: Adventureland, Tomorrowland, Fantasyland and Frontierland, which yielded the hugely popular Davy Crockett mini-series. Merchandising accompanied these shows. When the park eventually opened the area gridlocked with traffic and queues formed from the early hours of the morning with people eager to see and experience this new creation.

Creating art is also about business. What is your brand? How can you use your creations to promote your brand? What do you need to learn about sales and marketing to get your art in front of an audience?

We are not all going to be as successful and well known as Walt Disney. That doesn’t matter.

What matters is that you are faithful to your creative vision. You must speak your truth.

It is fascinating to learn about the lives of other creative people. No matter how successful they are, they still have their doubts, they have their failures and they make mistakes.

In spite of this they keep creating. So can you.

Find out more about the life of Walt Disney on Wikipedia