Why Are Your Creative Plans Derailed By Fear? 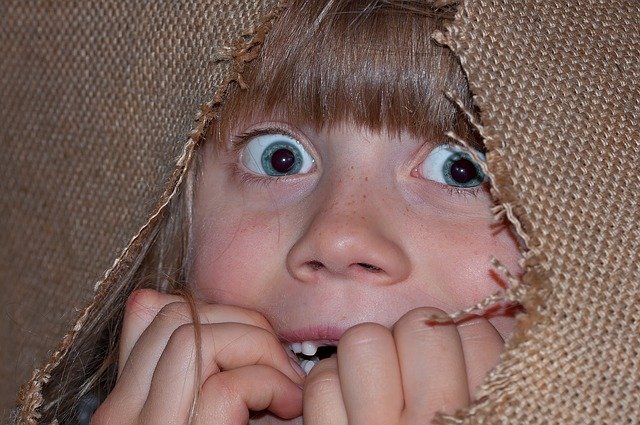 You have an idea for a new project. You’re really excited about it. You can feel the hairs on the back of your neck stand up. Your gut is telling you that this is the thing.

You can’t wait to get going with it.

And then something happens. You get scared or daunted or start doubting whether it’s worth it. Or you get an onslaught of obstacles that prevent you getting on with the work.

All of a sudden you are fearful of this project. You don’t get as much done as you initially thought you would. You get frustrated. You feel wretched for not doing the idea justice. You get knocked off course.

Why does this happen?

Why does fear accompany creativity?

In a nutshell, because creative pursuits put you in the realm of uncertainty. And we don’t like uncertainty.

But creativity doesn’t work like that. You can spend fifty hours on a painting and hate it. Or decide that it’s crap. Or know deep in your heart that it just doesn’t work.

On the financial side there are no guarantees either. In a day job you agree a salary, pitch up and do the agreed hours. Then you get a pay cheque. It’s not like that with art. You don’t know whether the painting will sell. You don’t know that you will ever recoup what it cost you to produce let alone give you a profit.

You also don’t know how other people will receive it. Will they think it’s a masterpiece? Will they hate it? Or will they point at you and laugh?

Our ego hates this uncertainty. It isn’t safe for us and the ego likes to keep us safe. So it does what it thinks is a wise thing and protects you from all this potential pain.

You talk yourself out of the project. You find yourself too busy to get around to it. Maybe someone else talks you out of it and you agree that yes, maybe that’s a wise course of action after all.

Perhaps you feel so scared of that uncertainty that you do nothing. You look at other people who have published a book or sold artwork and you assume that they don’t have these obstacles. Only you are afflicted with them.

You give in to the safety suggestions of your ego. For a while you might feel relieved. But you’re never truly happy because your soul, who wants to create, is still there. And deep down, you know you’re letting it down.

Fear never goes away and everyone has it

Julia Cameron, author of The Artist’s Way, is affectionately known as the queen of creativity. Please take heart that even with her amazing success and track record, she still has fear and doubt with each new project.

Even award-winning actors still get nervous and throw up before going on stage. It doesn’t go away.

Everyone has their own version of fear and it is intrinsic in the creative process. Since it is not going to go away, how can we embrace it and create anyway?

Use fear as a compass

Steven Pressfield, author of The War of Art, refers to fear as resistance. It is usually an inner battle that we have to overcome.

But choose a self-improvement goal and you’ll soon find resistance. If you decide to adopt a healthier diet and lose weight, then it won’t be long before you’re confronted with temptation such as someone else’s birthday cake.

When fear or resistance arises, it means we are choosing to do something which is right for our lives, not wrong.

How to get through fear and do it anyway

The first step is to acknowledge that fear will always be there. You are not the only person afflicted by it. It is normal that it accompanies creative pursuits. This alone can take away some of the pressure and dissolve self-loathing.

Secondly, I find that the best way to defeat fear is to take very small baby steps. It might be too much for you to write for three hours a day. But you can probably manage ten minutes. If you aim for a very small goal there’s more chance you will do it. Maybe once you’ve done ten minutes, you might continue for another half an hour. That is much more productive than choosing a large goal and doing nothing.

Small steps add up. Julia Cameron calls this laying track. Writing a book is hard. But writing one sentence, followed by another is easier.

Sometimes you have to break your project down into very small logistic steps. When I decided to resurrect my novel, Tales of the Countess, after it had sat in my drawer for many years, the task was to read two version of it and decide which was best.

At the time this felt very daunting to me and I was paralysed. But when I broke it down, my first task was to go to the supermarket and buy a ream of paper so I could print it out. That wasn’t daunting at all and I did it easily. My next task was to load up my printer with paper. Job done. The next task was to print it out one chapter at a time. I was able to do this. And then when it came to sitting down and reading it, by having success with those earlier easier tasks, I had gained momentum.

Yes, each of these was a pathetically small baby step. But seeing it in those terms allowed me to get started.

All we have to do is make progress with our goals. If you make progress today, however small, you feel better. Tomorrow you can take another baby step. Over time those steps add up.

And we all know that when courage dies, creativity dies with it. We all know that fear is a desolate boneyard where our dreams go to desiccate in the hot sun.

Being courageous doesn’t mean being fearless. Instead it means that you do your best to take action and create, in spite of the fear.

You can do this. Don’t let fear kill your dreams. Keep plodding along and do your best with them.

My good friend, Lesley Pyne, and I are currently recording a series of conversations based on Big Magic, our favourite book on creativity. If you’re not already on my mailing list then sign up below so that you’ll be the first to hear when they are released. (And you’ll get a free copy of The Gentle Creative Manifesto).